The Top 10 Benefits of Cycling 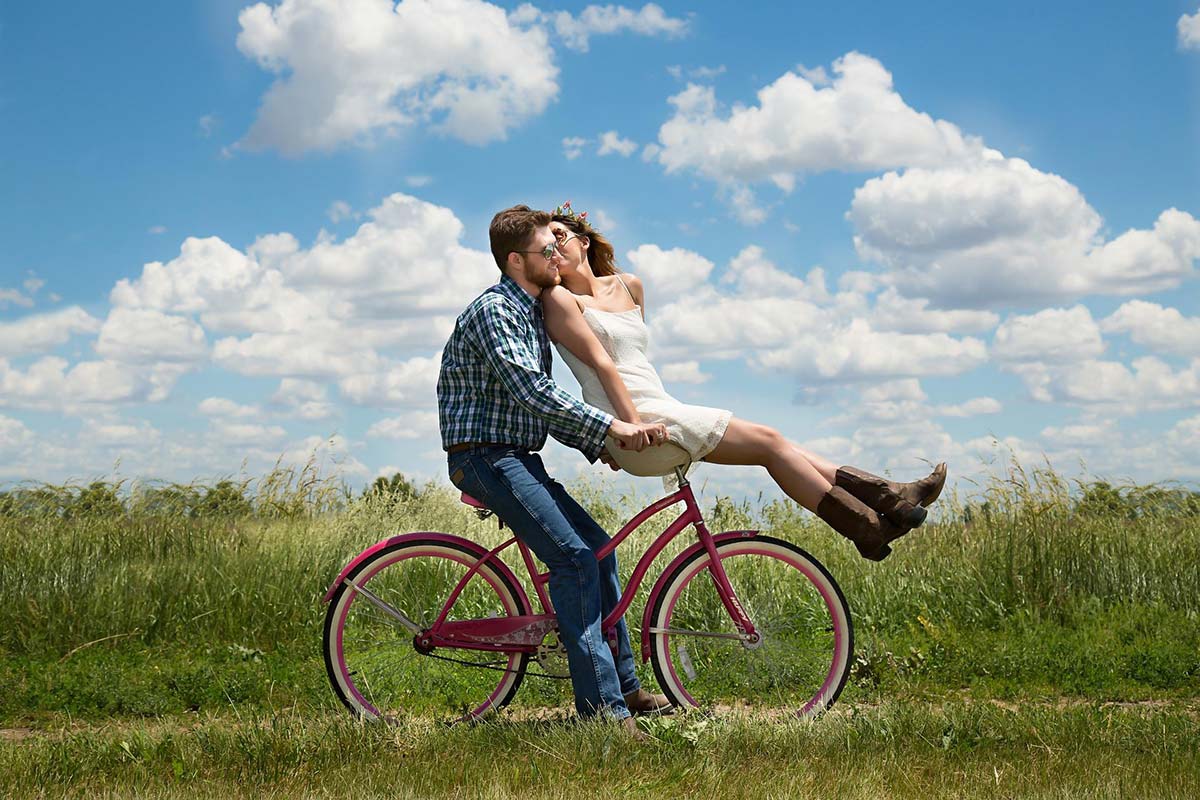 Cycling is Not Just a Sport

As the benefits of cycling are so numerous, it wouldn’t be impossible to squeeze them into one article. A road bike, mountain bike, gravel bike, or any other kind of bike is not just a piece of exercise equipment or a mode of transport.  Cycling can not only transform lives, it can also save lives and the environment.

Let’s take a look at ten wonderful benefits that this wonderful sport can offer.

There is a stereotype that one needs an expersive carbon fiber bike with all the newest tech to ride fast. There is another stereotype that cyclists are skinny. In fact cycling, in many cases, can help you to build muscle. While having lightweight, aero carbon wheels can make you faster, the most important thing is the engine. Cyclists develop muscle. The most notable examples are hamstrings, quads, glutes, and calves. The amount of muscle you develop while cycling depends on the kind of training and riding you do. Endurance cyclists tend to have more slow-twitch muscle fibers, while sprinters have more fast-twitch muscle fibers. If you want more total muscle, focus more on sprinting.

It is well established that exercise is correlated with brain health. It can lead to a reduction of cognitive changed that can eventually make us vulnerable to dementia and other series issues later in life.

A study conducted in 2013 has shown that during exercise, the blood flow to a cyclist’s brain increased by 28% and even up to 70% in some areas. This wasn’t just limited to the time exercising. Blood flow remained highers even after exercise.

Cycling, with the exception of sprinting, is an aerobic sport. This means it can help you to burn a lot of calories. For most adult riders, 400 to 1000 calories burned per hour can be achieved depending on fitness levels and rider weight. Cycling increases metabolism. Even when not exercising, the body still requires more energy to repair muscles. Cardiovascular exercise also suppresses appetite, especially after a ride. Not only are you burning more calories, but your body regulates hormones to make you less hungry.

Of course riding is not the only solution to weight loss. Even with the best exercise plan in the world, factors like genetics, diet, sleep also play an important role. It is best to have a holistic view.

The benefits of losing weight are plentiful. A cyclist can save hundreds of grams or even a few kilograms from their bike by getting lighter components, wheels, frame, etc… This certainly helps performance, but weightloss can have an even bigger gain in performance. Aero wheels can help tremendously, but having a lean body can be even more important.

Along with sports like swimming and rowing, cycling is a low impact sport. Cycling is non-weight bearing, which means that the chance of injury to joints, tendons, ligaments, and muscles are lower. Cyclists also suffer less inflammation as opposed to runners. This study from 2013 showed that runners can have up to a 256% higher incidence of inflammation and a 144% higher incidence of muscle damage. This is not to discount running as an excellent activity, but it is higher impact.

Though it is still important to remember that the fit of a bicycle is very important. A bike that it is too small or too large can cause issues. It is recommended to get a professional bike fit.

It is important to be safe however. Riding does have it’s risks, especially at high speeds, on descents, and in traffic. A crash could lead to serious injury and possibly compromised wheels or frame. Carbon wheels and frames should regularly be inspected, especially if you suspect it has been damaged.

A study conducted in London has demonstrated that people who ride a bike are actually exposed to fewer toxic fumes than those who travel by car.  A rider, pedestrian, motorist, and bus passenger with pollution detectors were followed a busy route through central London.

The results were surprising but certainly in favor of cycling. The motorist experienced five times higher pollution levels as opposed to the cyclist. The cyclist even experienced less pollution exposure as compared to the pedestrian and bus passenger.

A study conducted at Appalachian State University found that people who did aerobic exercise several days per week reduced their number of sick days by 40% The study followed 1000 adults up to the age of 85.

Though it is important to note that immediately after strenuous activity, your immune system is temporarily weakened. This is why what you eat and how much you sleep is also important. Recover is just as important as training.

Another study that was conducted by the YMCA has demonstrated that those who had an active lifestyle had a well-being score that was 32% higher than those who were not active. This improvement in mood has a multitude of causes, including a release of endorphins, confidence, getting outside, the lowering of stress etc…

It is a common experience to feel tired and relaxed after a hard workout. The University of Georgia conducted a study on men and women aged from 20-85 over a period of 35 years. It was discovered that a drop of fitness of 2% for men and 4% for women led to sleep issues. According to a lead author, “the steepest decline in cardio-respiratory fitness happens between ages 40 and 60. This is also when problems of sleep duration and quality are elevated.”

One reasoning for this difference is that exercise can reduce anxiety, making it easier to sleep. Another contributing factor could have to do with the fact that exercise encourages weight loss. Weight gain that often increases with age is another cause of sleep issues.

Cycling, like other cardiovascular exercise increases blood flow. It also helps with weight loss. Due to this, cycling is among a list of exercises recommended by the NHS as ways to cut your risk of succumbing to chronic illnesses like heart disease and cancer.

A study done by the University of Glasgow has shown that cycling to work can cut the risk of developing heart disease or cancer in half. This study was done on over 260,000 individuals.

Last but not least, it is widely known that cycling is one of the greenest forms of transport. While it is important to consider the effects that cycling has on our own bodies, we can also have peace of mind that choosing to bike has a positive impact on others. While many may choose to drive a fuel efficient hybrid or even electric vehicle to try to combat climate change or reduce their environmental footprint. They cannot hold a candle to a cyclist and his or her bicycle.

It is basically as green as you get in terms of transport. There are a multitude of factors why cycling is among the most environmentally friendly ways to get around. If you want to take it to the next level, you could even try a velomobile.

One thing that many people don’t consider when buying something is the amount of material and energy that has gone into it’s production. A lightweight carbon or alloy bicycle uses far less material than a car and requires much less energy to manufacture. 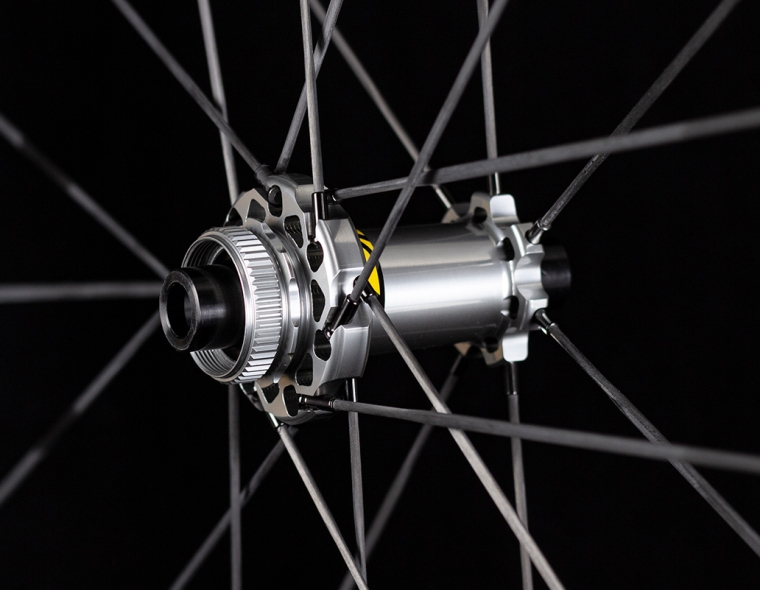 Spoke Count: How Many are Necessary? 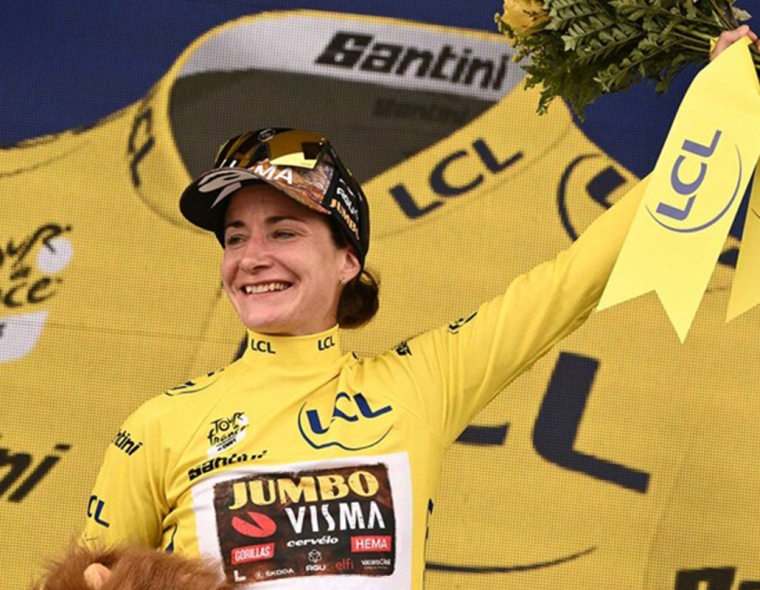