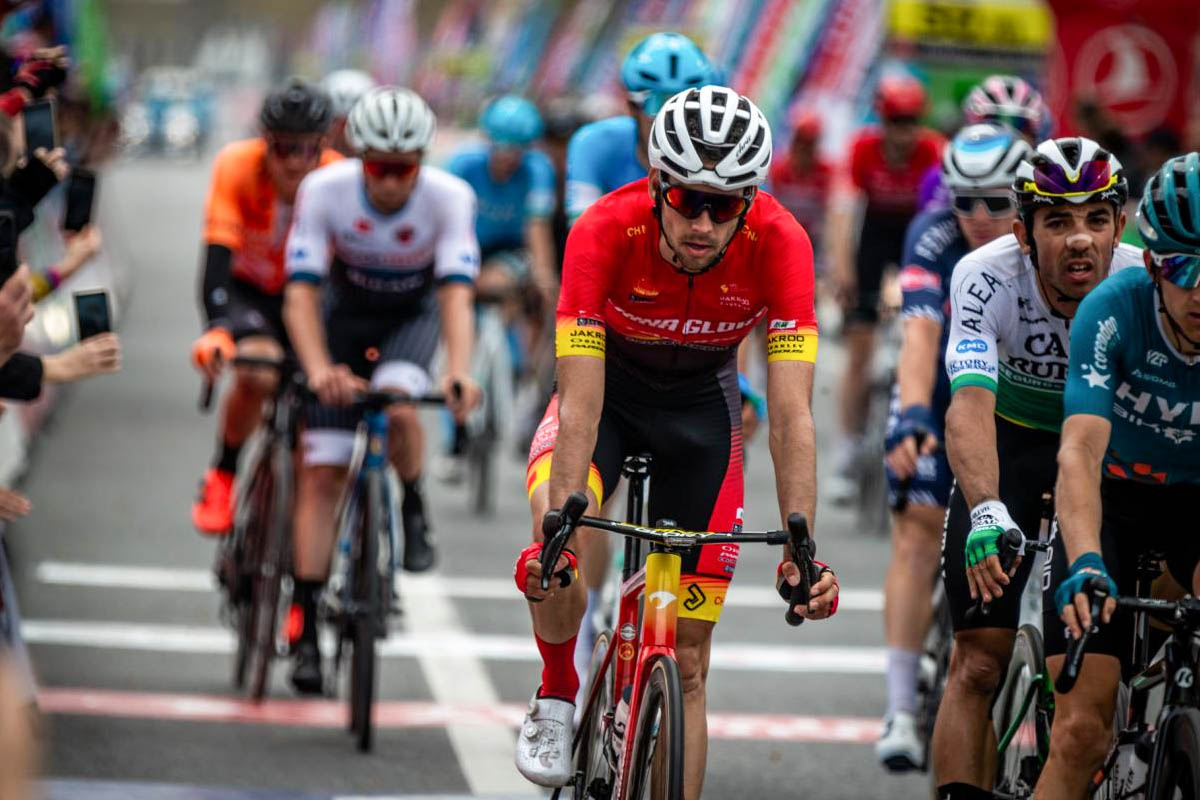 The 57th Presidential Cycling Tour of Turkey ended early due to the road and weather conditions last weekend. The final day of racing in the streets of Istanbul was cancelled. Patrick Bevin (Israel-Premier Tech) was declared the winner of the 57th Tour of Turkey. 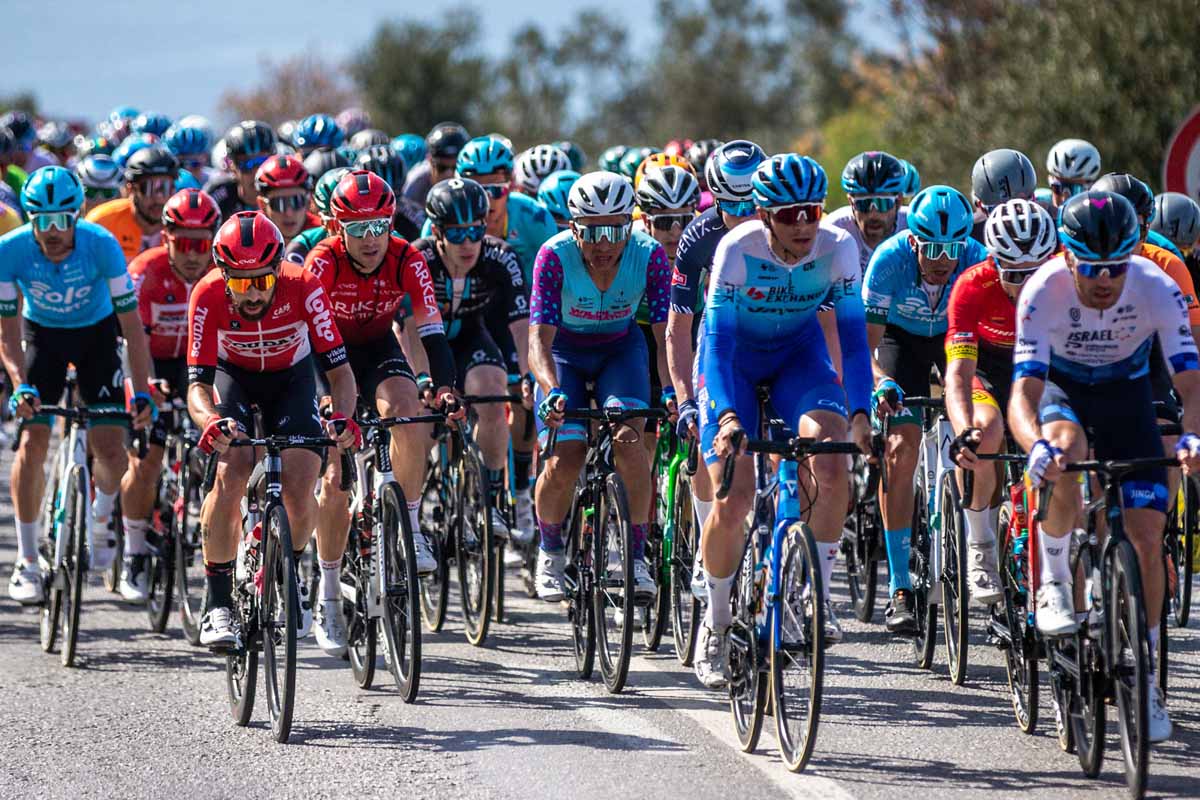 All seven riders of China Glory Continental Cycling managed to finish their first professional European cycling race. The team rounded off its first race in its history with a top 7 in the general classification out of a total of 25 teams. 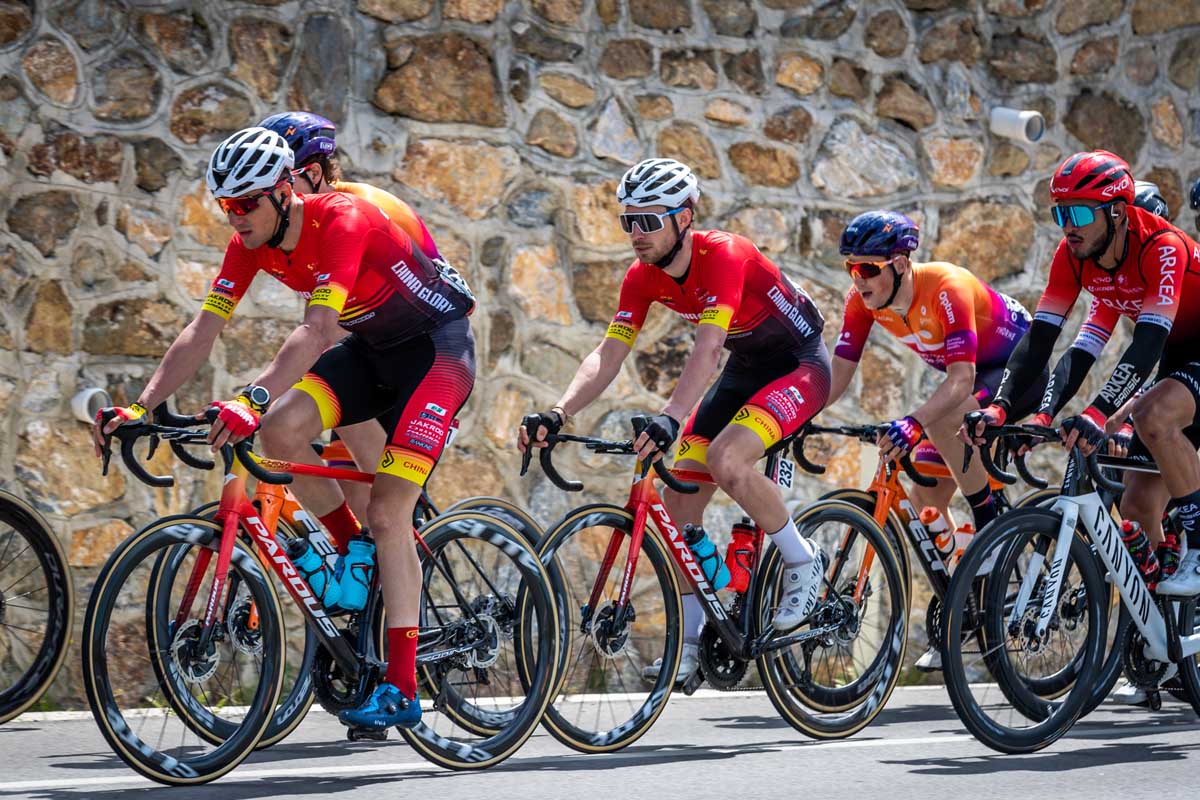 During the tour, Sean Bennett excelled in all hill and mountain stages, finishing eighth in the GC. Xianjing Lyu was able to follow the top cyclists in the stage and showed his true potential. Nazaerbieke Bieken has proven himself as a great teammate as well throughout the week. Changquan Xu was especially helpful during the flat stages. 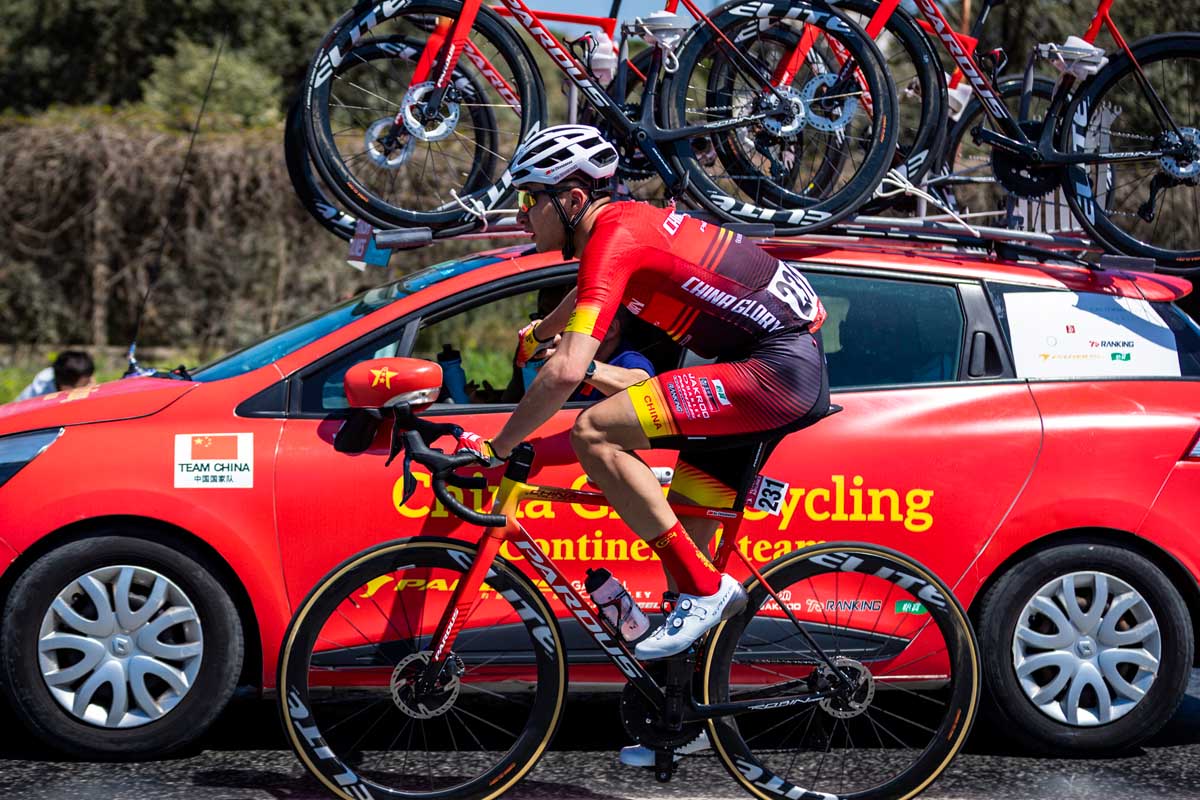 This is the debut of China Glory Cycling’s international competition since it’s formation earlier this year. The team manager, Han Feng, said it was a huge accomplishment for the team. 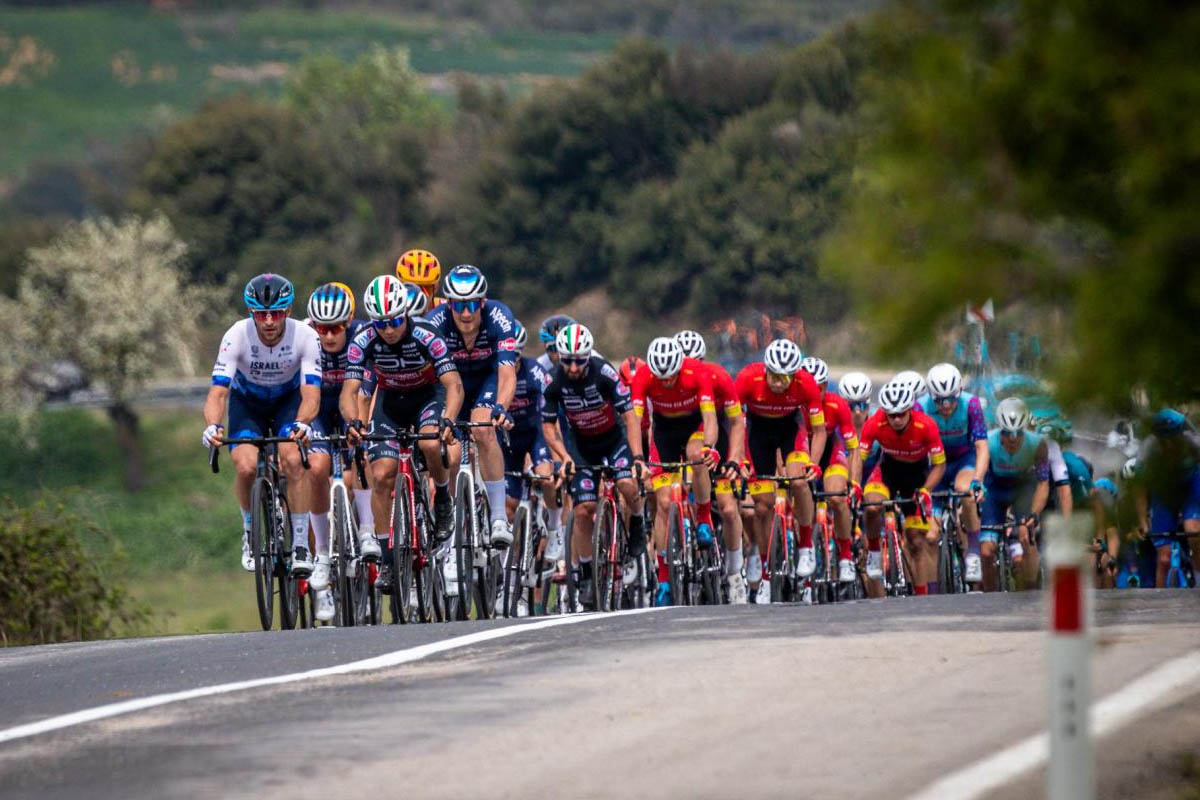 Having the chance to compete with top-level athletes on the same stage, Chinese riders thought that participating in the Tour of Turkey this year would not only help them gain valuable experience in the competition, but would also offer new insights into race tactics on the international stage. 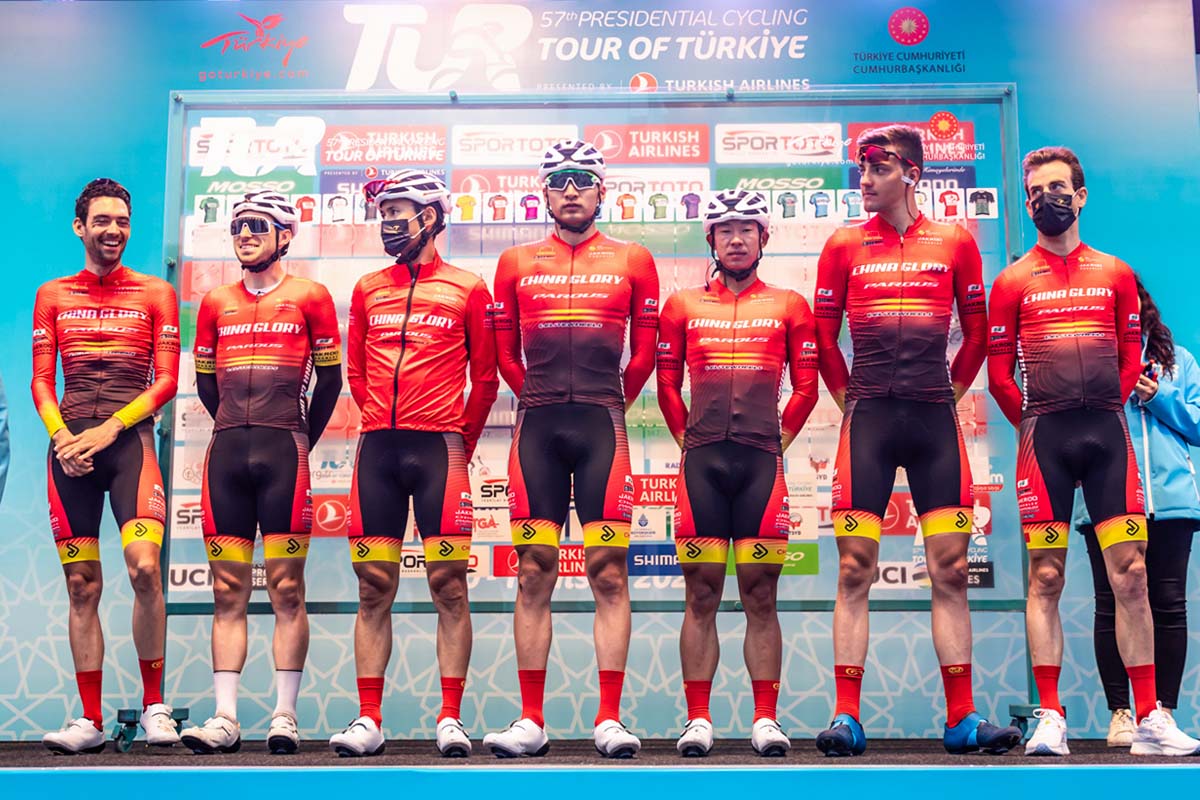 China Glory Cycling’s performance during stage one was certainly one to remember. The Chinese team attacked three times, all within a short period of time. American rider Sean Bennett of China Glory Cycling Team also launched a wonderful solo attack and gained the attention of the audience during the first stage. 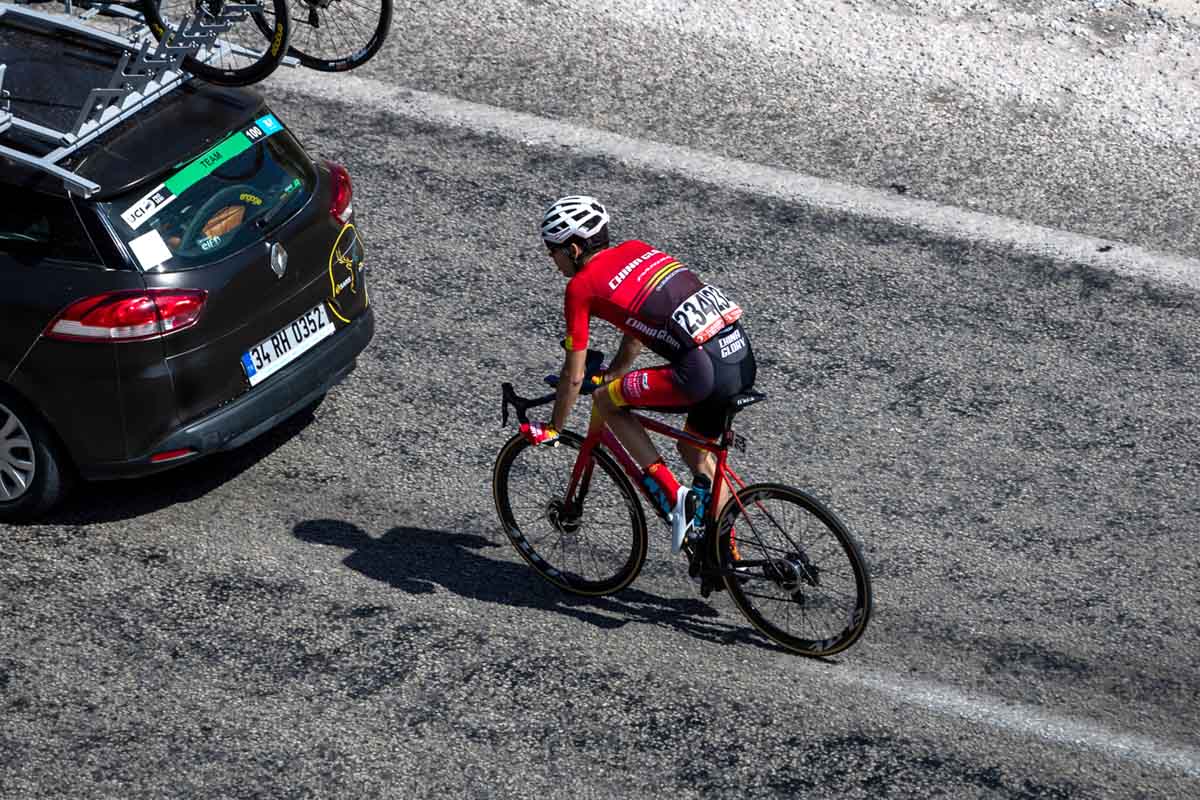 “That is my style of racing,” Bennett said after finishing the stage 1 “I like to race aggressively, and it was cool to do that in the first race for this team as well.” 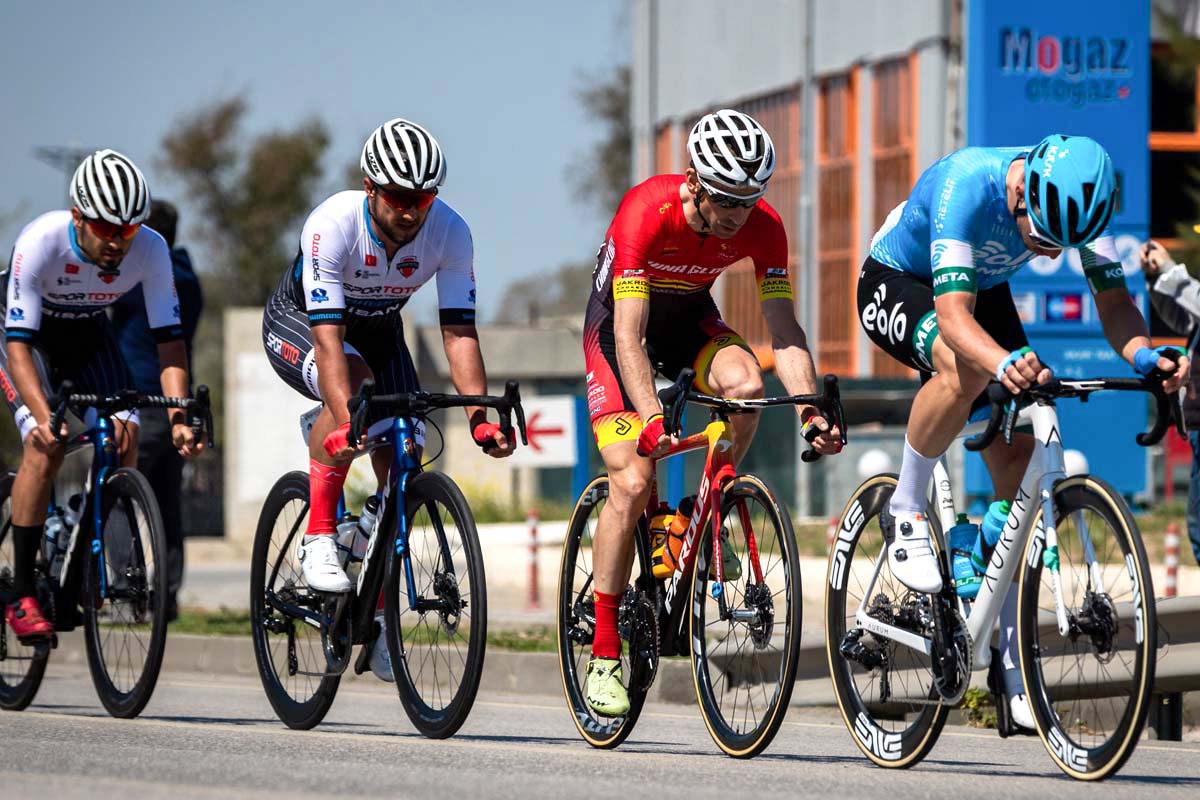 Sean Bennet showed his strong climbing capabilities with Elitewheels wheels in the 57th Tour of Turkey’s stage four, which is known as the “Queen Stage.” It is the most challenging part of the course between the western province of İzmir and Mount Spil in the neighboring province of Manisa. On April 13, Bennett was in the mix when it mattered on the steep final climb, ultimately finishing seventh. He put China Glory Cycling on the map with his spectacular effort. 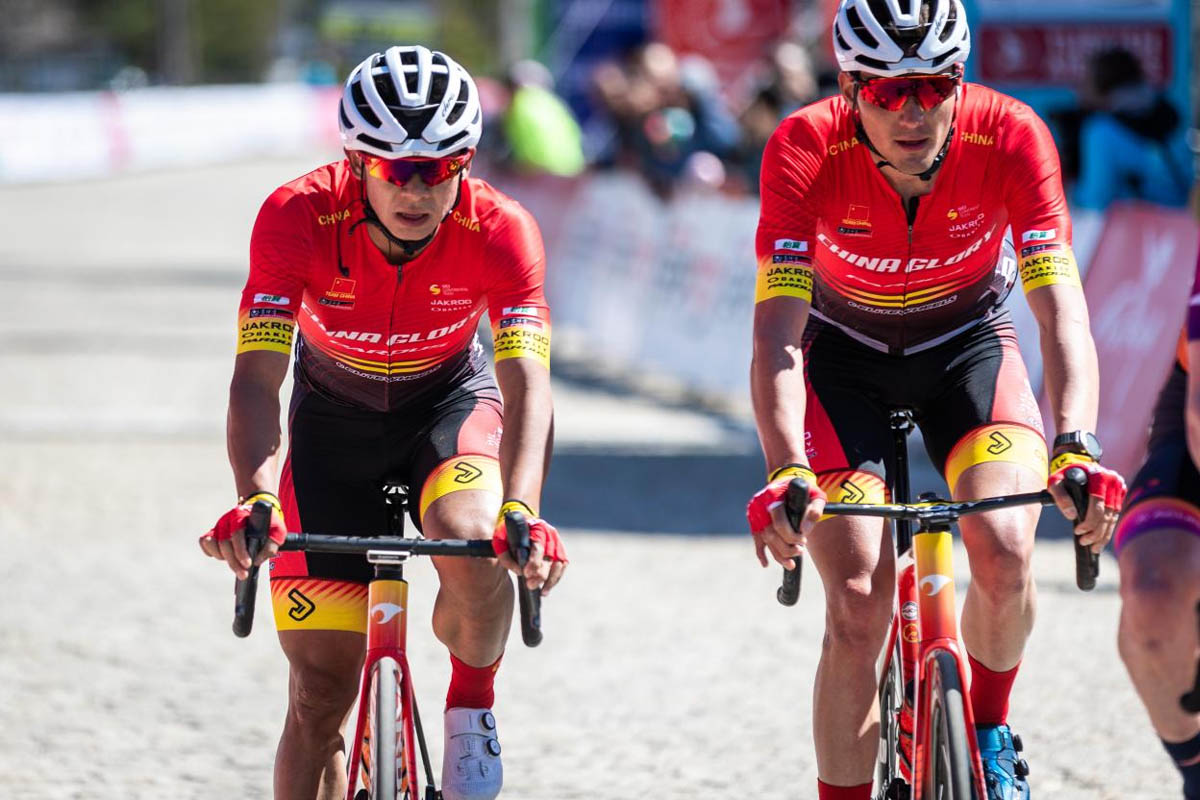 During this tour, the three Chinese riders actively faced new challenges. The foreign riders also helped the Chinese riders to cope with strong winds and helped them to adapt to the increased speeds in the peloton, laying a good foundation for future competitions. Team manager Han Feng said “Before this race, we would have wished for results like these. It’s great for the team to have a top 10 finish, and I am especially proud of the Chinese riders.” And Maarten Tjallingii agreed with him, saying “This has been a great start of a project that we hope to develop quickly. The Tour of Turkey became a big success for CGC, and with this experience, we can continue to develop.” 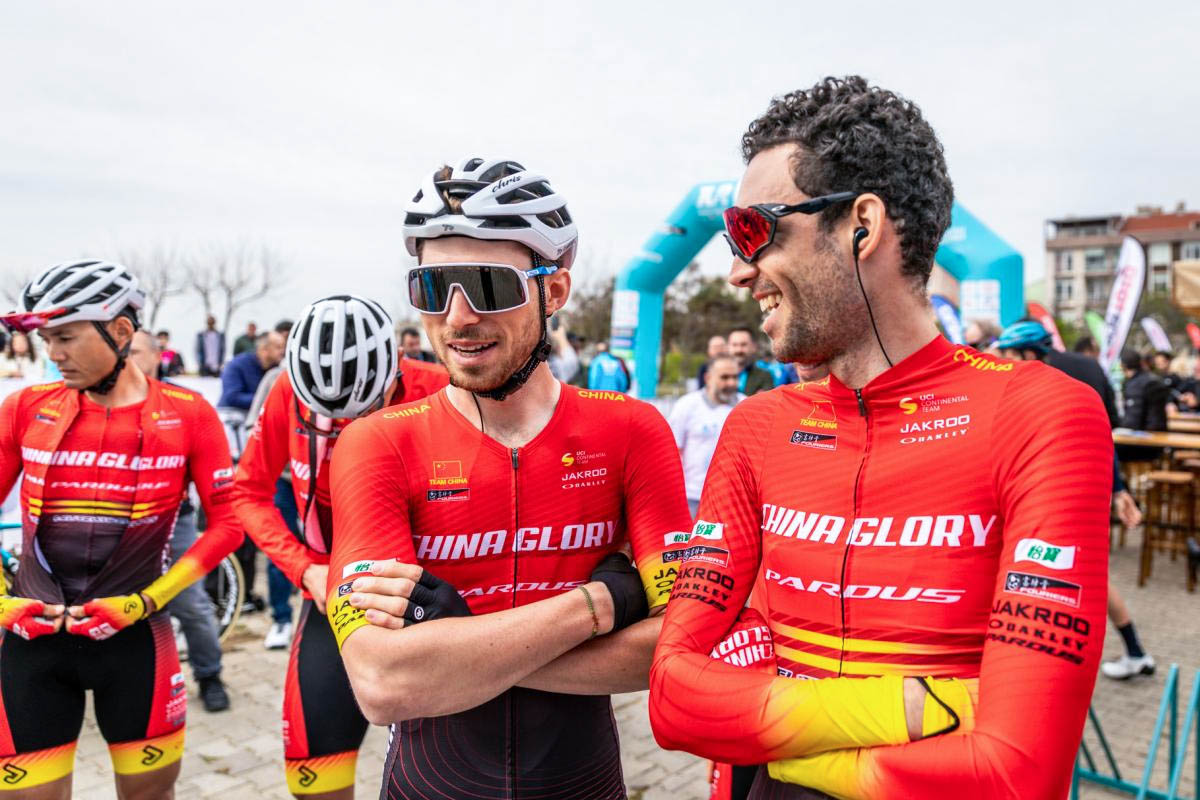 After the Tour of Turkey, China Glory Cycling team will move to the their training camp in France.  There, they will participate in professional cycling events both within France as well as in neighboring countries. 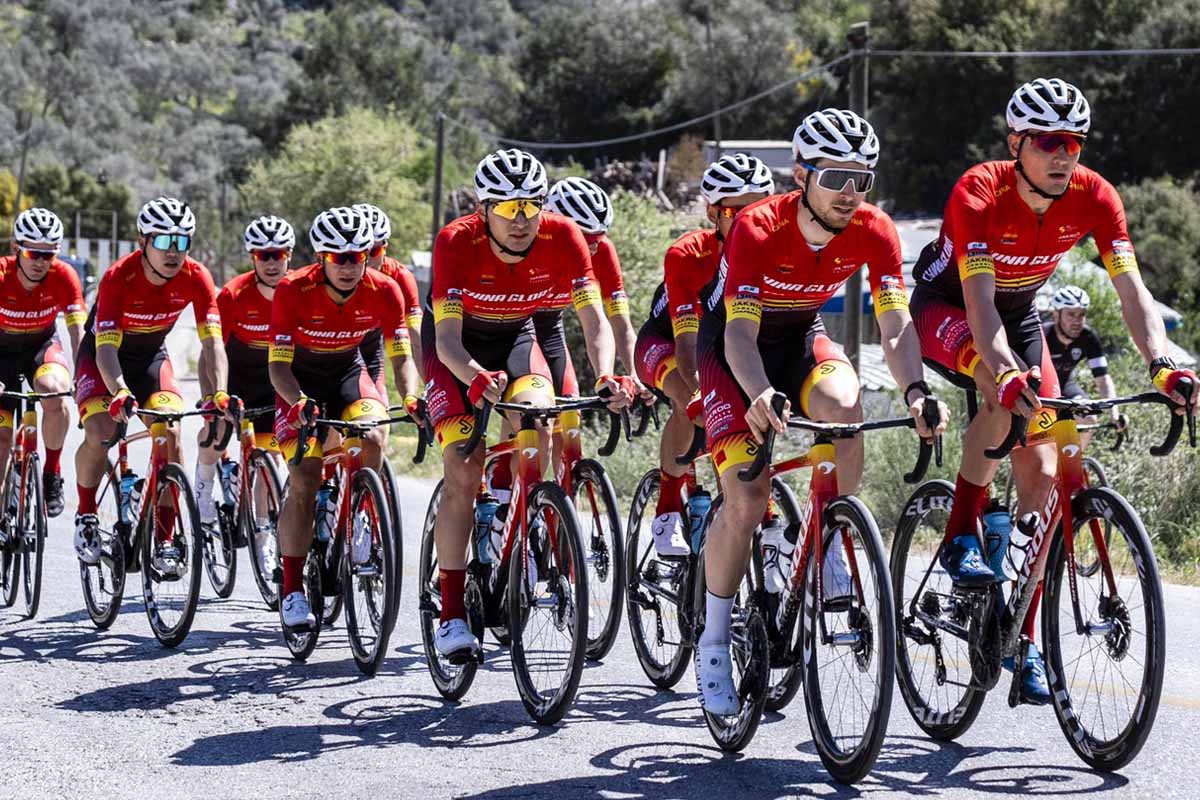 Lionel Marie has joined the team as sports director, and the management has been working closely with Han Feng and Yuan Yuan from the Chinese Cycling Association. Six of the 12 riders of China Glory Cycling in 2022 are Chinese: Changsheng Zhang, Chao Zeng, Ming Xue, Changquan Xu, Xianjing Lyu and Nazaerbieke Bieken. The international riders are Sean Bennett, Lucas De Rossi, Reinier Honig, Willie Smit, Hayden Strong and Etienne van Empel. Together with experienced international riders and staff members from all over the globe, the Chinese riders in the team have a unique chance to develop their skills and reach the next level. Every day, the team is driven by their passion for improvement and their desire to participate in the Olympic Games in 2024 and ride the Champs-Élysées in 2025.

About The 57th Presidential Cycling Tour of Turkey

The 57th Cycling Tour of Turkey officially started on April 10th. This UCI 2.0 Pro multi-day race attracted 25 cycling teams from around the world. Among them, there were six UCI WorldTeams, 12 UCI ProTeams and seven Continental teams. Compared with the previous races, the number of World Tour teams this year has doubled, and the competition is stronger than ever. 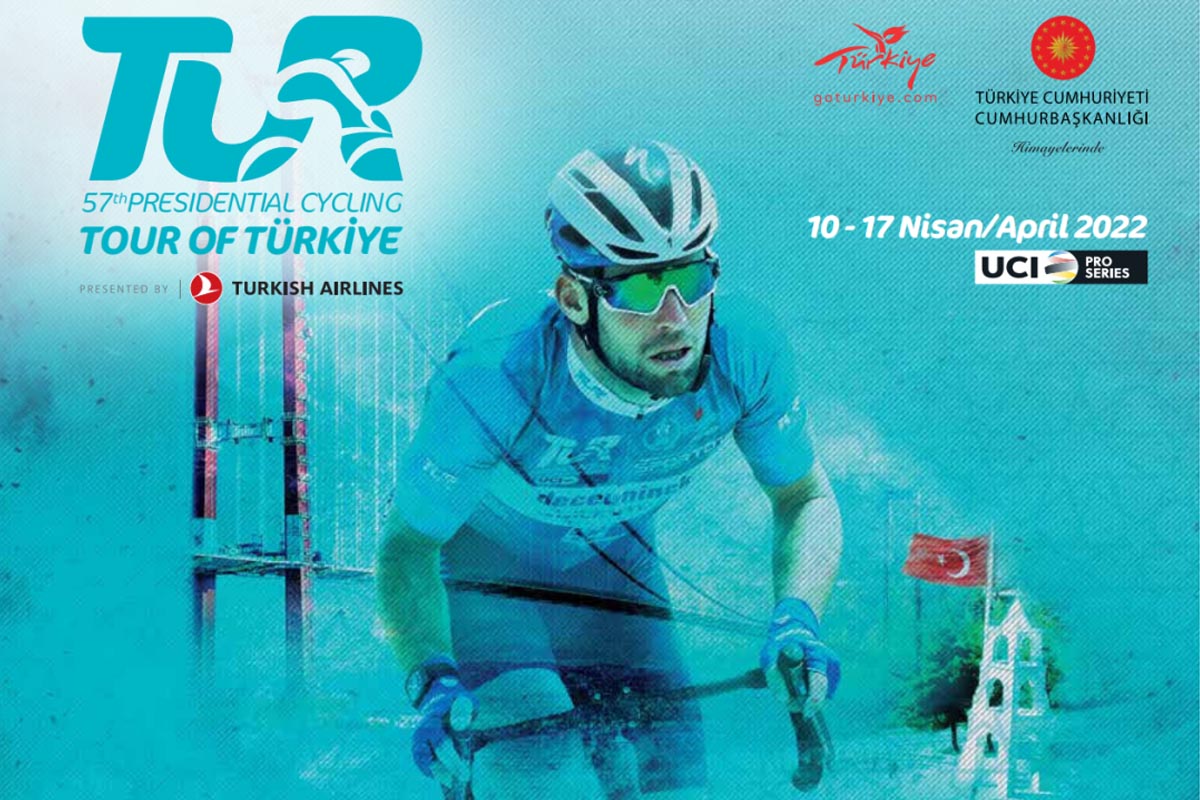 This year’s Cycling Tour of Turkey had eight stages, totaling 1303km. There was a key mountaintop finish stage, two short and steep sprint stages, two hill stages and three flat stages. To come out on top, the riders needed strong climbing abilities. Especially in the last three kilometers of the mountaintop finish stage. It was a combination of of both uphill and downhill segments, which made for an exciting race to watch. 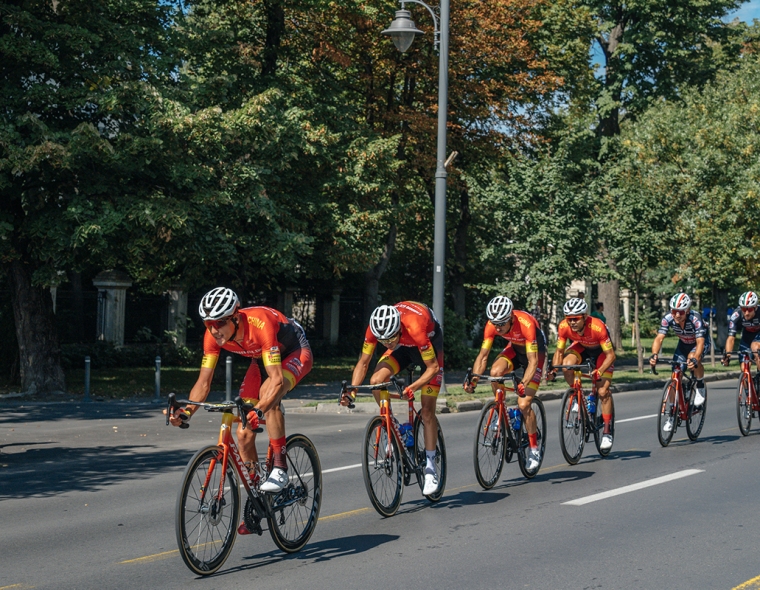 China Glory Cycling Takes on the Arctic Race of Norway